Hello! This month I have interacted with Shweta Patwardhan who has independently established ‘Lingosmith Language Institute’ in Pune, where she teaches German and French. Simultaneously, she works as a contributing faculty at the University of Pune and translates German, French, English and Marathi texts. She has completed Masters in  Arts, in French along with C1 level of certification for both French and German.

In India specifically, the mindset, that Arts is not a field for the ‘high scorers’ or the so-called ‘scholars’ is predominant. The justification usually is that the employment options in these fields are neither as prestigious nor as financially rewarding. When it is time to choose a path, many fall prey to this line of thought. Those who by some miracle escape this mindset, unfortunately succumb to it very quickly. What I find the most admirable is that at fifteen, after scoring around 92% in her Secondary School certification, Shweta had the guts to resist this pressure. She did not feel like she understood Science and Maths as she should have. She did not enjoy studying these subjects. Instead of hoping that something will change in the future, she tried learning French by joining a small course during her summer vacations, where she discovered that she loved learning languages. This discovery encouraged her to pursue a career in Language. She gives credit to her family for supporting her decision. To put in her own words, “My family never opposed me, so I never felt like I was doing something strange.”

She has considerable teaching experience as she has been teaching at the Francophile Institute (Pune), since 2012. She has been to France for seven months, teaching English to students in Collège de Brumath and Collège de Vendenheim in East of France. She has worked with ‘Persistent’ (an India based software giant) as a translator for some months but did not enjoy translating full-time, so she decided to start her own Institute.

Currently, she is enjoying her work. She finds the opportunity to read varied texts in different languages every day to be very intriguing. She loves teaching and intends to spend a lot more time doing that in the future. She plans to expand her business by hiring other language professionals, for teaching other languages and as interpreters. She has decided to make the classes in her institute unique by introducing some interesting courses for specific purposes. With this intention, she is all set to start a ‘Introductory course’ for kids this summer.

Throughout her journey, I found her self-knowing and self-assurance commendable. Her consistent acceptance of what she wanted with complete disregard to society’s opinion about it has been exemplary. I feel these qualities have been instrumental for her journey. What do you think? 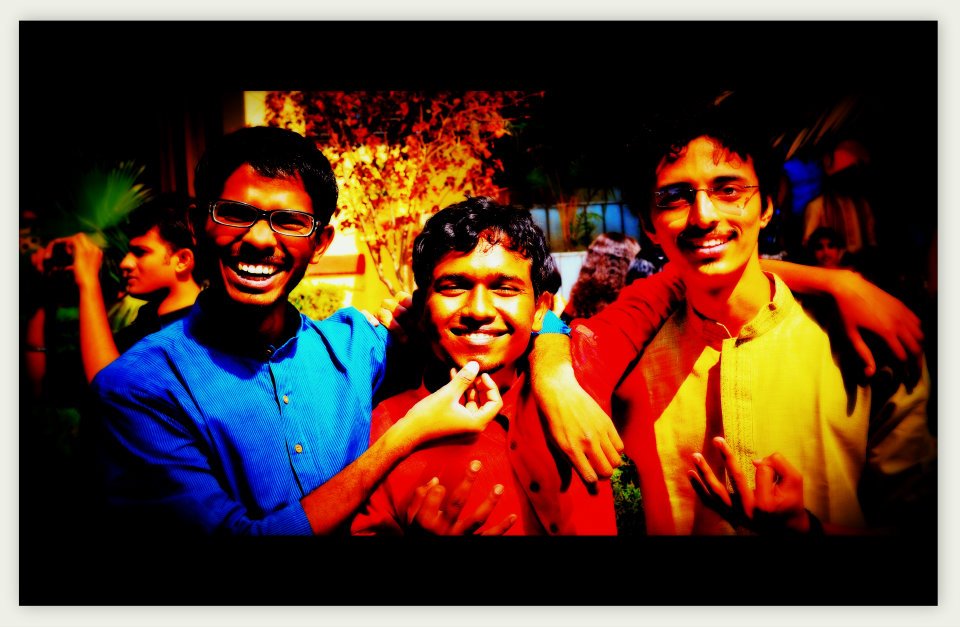 What is it that makes these few people different from the ones who remain in the first category? Is it an intrinsic quality of these people or are there some environmental factors that affect this ?

In my quest to find answers to this I am planning to interact with people who have ventured in the unknown in pursuit of their dreams. This month I have interacted with Sujay Waghmare and Nachiket Pendse from 3 Monkeys Studios.

The first time I saw or heard about 3 Monkeys Studios was through a PNG Advertisement Film on Facebook. As these were my seniors treading through so far unknown waters(at least to me), naturally I was intrigued. Even during their Final year in BE, Aniket was sure he was going into entertainment sector, while I knew nothing about Sujay and Nachiket’s plans, this did not come as a surprise. Even then, when we were working together for Purushottam Karandak 2012, they were very dedicated and enthusiastic, not to mention they had been working with ‘MIT Cultural'(engaged in creation and production of Dramas) for a long time.

Aniket joined a few editing courses after his bachelors and Sujay and Nachiket started working, but in between this, they had some free months in which they made some videos for their enjoyment. Here itself it gets interesting, out of all the ways they could have spent their time, they spent it in creating videos. They had participated in Mood Indigo’s short film competition too, during their final year and secured third position there in their pilot attempt. After a conversation with one of their friends who was in this video making business, they realized that it paid well too. And thus this idea started forming in their minds.

Then both Nachiket and Sujay started working, while Aniket got busy with his courses and Nataks, during this time they got a small project to shoot videos about finalist teams for ‘IT Karandak’. For this, Aniket used to go everywhere with the camera and Nachiket and Sujay used to alternately take leave from their respective jobs and accompany him. People liked their videos a lot, as they were unique. Nachiket gives the credit for this success to his Drama Background. According to Sujay their ‘MIT Cultural’ experience has taught them a lot about creation and production of dramas and also about working together. 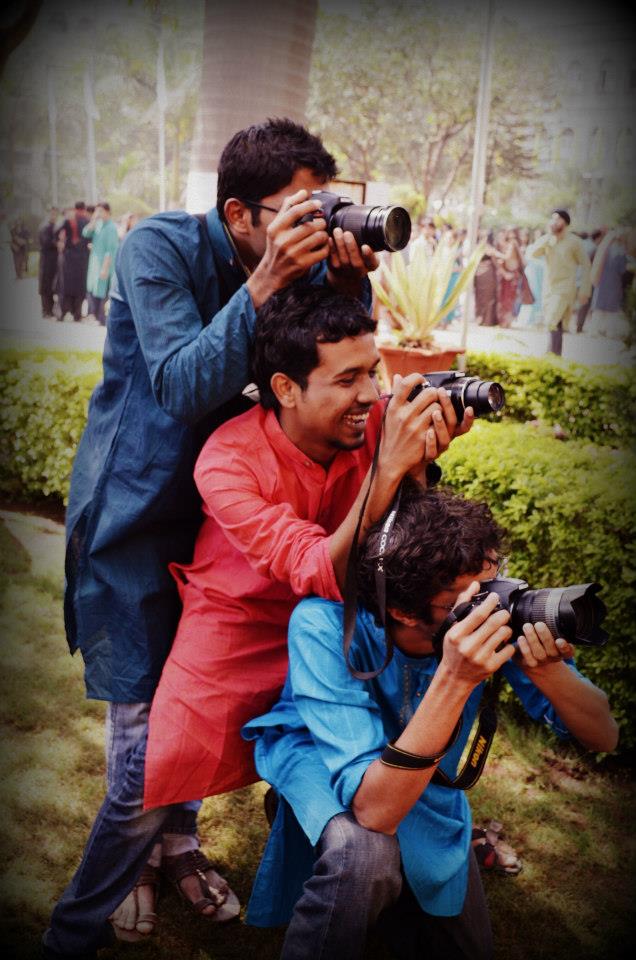 When Nachiket thought of quitting his job, Sujay had moved to Delhi for his work but he was of the opinion that they should start working towards their goal regardless of this, Aniket was ready and they got down to business. Sometimes, I wonder, if this dedication, this understanding is what it takes to form a good working atmosphere?

Then they got other projects for PNG, CDAC and many wedding stories. To shoot wedding stories was not a part of their plan at all, but when the opportunity arose they took up the challenge and today wedding stories is one of their core competencies. I have seen some of their wedding stories and have found them superbly done. They are the right mix of funny and sentimental, happy and wistful,  exciting and nostalgic. After seeing their videos one cannot help but get attached to the bride and groom and their story.

The turning point for them, especially in wedding stories, came with Alok Rajwade and Parna Pethe’s wedding. This story has got about Two Lakh likes on YouTube. They have even done a documentary for ‘Wanwasi Kalyan Ashram’ as a way to help them get funding. Their documentary has immensely helped this cause.

When I asked them about their motivation, they weren’t hesitant but were united in answering it as the drive to do better in terms of their art. Is this drive towards self excellence the key? It is not unwavering self assurance because it is not like they never doubt themselves or their decision, but being a team of three helps here as when one is shrouded in doubt the others can always see the light. They are still working on many aspects of their business but they have a sound strategy to increase their core competencies and expand their market segment.

The way they speak of their work itself shows how much they love it. But even they do not like every aspect of their work, but just like all of us they have accepted it as a part and parcel of life. They find their work fulfilling and adventurous is obvious and yet they have allowed their ideas of how their business should be run to change with time and experience.

In all this what I have observed is people who did not want to go into creating video films because of something but who wanted to make videos simply because they enjoyed it and not something else that it did for them. I think the way they work as a team is also very important factor here, their self motivation is doubtless enviable. What do you think?

I will be back in February with a new venture or venturist, hope to see you too…..